Toys have changed a lot over the years, but one that still captures our imagination is The Magic 8 Ball.

The plastic sphere that looks like an oversized eight ball, is used for fortune-telling or seeking advice. The user asks a Yes or No question to the ball, then turns it over to reveal an answer in a window on the ball.

predict a failure in our building systems?

We actually have something better than a toy that you get a different answer with every time it’s used: it’s called a Sewer Camera.

With an annual or periodic inspection, we can confidently answer questions like…

What condition are my drain lines in?

Will I have a system failure in the near future?

Do I need immediate repairs or a routine cleaning?

Why am I experiencing so many blockages?

Most people never think about what’s happening behind their walls or underground until a catastrophic emergency takes place. Wouldn’t it be nice to address issues at your convenience or at a scheduled time?

Scheduling routine inspections puts you back in the driver’s seat, proactively diagnosing obvious problems that need to be addressed to prevent a system failure.

What’s more, you never have to take a technician’s word for it. You’re able to watch live on a monitor. We can even save recordings and images on a storage device that can be emailed upon completion of the assessment and written report.

We have all seen stories where a sinkhole has swallowed up a house or a car due to a pipe failure. Washouts are a big factor in causing storm drain failures like this. Debris (leaves, dirt, trash, and even roots) can clog catch basins and reduce or completely nullify an existing system.

In fact, many municipalities have begun requiring an annual inspection of storm systems due to the severity of unaddressed issues.

We have all seen the Magic 8 Ball approach used on sewer storm sewer lines: those can do more than cause an inconvenience when there is an underlying issue.

We always think about the list of tasks we need to accomplish; now, think about the many we can avoid by scheduling an inspection. Use your Magic 8 Ball as a paperweight and let McKenney’s Inc. take the guesswork out of your plumbing systems. 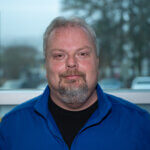