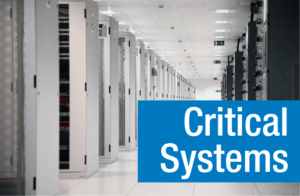 The idea of the chiller-less data center has been a popular topic for the savvy designer to philosophize on since the original internet boom of the 90’s. It has been a more realistically achievable goal for well over a decade. Between the hardware manufacturers and data center operators accepting that the modern server can withstand higher input temperatures with minimal additional risk and the overall focus on energy efficiency across the industry, there have been great strides in the never ending march towards unity in PUE measurements.

The chiller-less data center is really the idea of removing mechanical cooling, equipment utilizing a form of the refrigeration cycle, from the critical cooling systems. Mega data centers have been at the forefront of this endeavor from the beginning, with the internet search engines, equipment manufacturers and social media players leading the way. They are constantly experimenting with different ways to achieve this ideal. Many designs attempt to use a 100% direct outside air approach, employing concepts such as a massive mechanical penthouse full of fan-walls and motorized dampers or a “chicken coup” design attempting to utilize the natural chimney effect. Others have attempted to utilize heat sinks such as rivers or oceans to provide the necessary cooling. In general, these behemoths have been mildly successful in producing a data center that operates year round with minimal or no mechanical cooling required.

“That’s great!” the data center industry proclaims in unison. “Why can’t we all do that!?”.

Great question! These designs have been evolving and have been deployed with new tweaks each time for at least a decade. In an industry that moves as fast as this one, why hasn’t it caught on more? There are several key corporate factors at play such as:

In addition to these more subjective considerations, there is the ever present shadow of the all-mighty dollar looming over all of these decisions. A major hurdle to these new designs is that most of them require an entirely new building and infrastructure. The hard truth is that the low hanging fruit for efficiency improvements, including virtual server utilization, airflow management, proper VFD utilization and increasing operating temperatures have yielded such drastic results that many companies with existing data centers do not see a benefit to spending the capital on a brand new building or complete gut and re-deployment to shave another 0.15 off of their PUE. The major industry shift towards cloud computing and IT outsourcing has made the enterprise data center nothing more than a luxury for the largest and most technologically advanced and dependent companies.

The majority of new data center construction since the end of the Great Recession has been for colocation and cloud based providers. These services, colocation in particular, typically have a mix of customers with varying SLA and uptime requirements. In order to be able to serve a larger portion of the market, the more extreme operating conditions that accompany a data center attempting to stretch the limits of energy efficiency may not be a feasible option.

It is unlikely that the march towards the widespread deployment of the chiller-less data center is just another faded dream, but more of a temporary casualty of newer technology and more competitive options. Cloud computing, SaaS and colocation providers have flooded the market with business models that allow for greater adaptability to fast changing technology and market conditions as well as more flexibility for the customer. However, the new markets will settle, the costs will begin to rise and new technologies and ideas will emerge that will allow for a renewed push to make the chiller-less data center a reality for more than just the mega data center builder.

In the next edition, we will discuss the current issues that chiller-less data centers are encountering and the additional hurdles that will need to be overcome in order to allow for widespread implementation of data centers free from mechanical cooling.