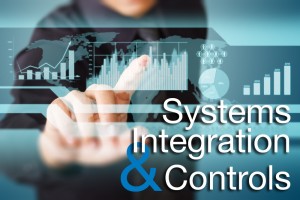 In the quest for more open systems, many building owners are stuck with stranded investments in aging building management systems (BMS), which were developed and sold before the time of “Open Systems” and do not easily support the migration to LON or BACNET due to their proprietary communications protocols and physical connection requirements. Every owner wants to create a sustainable competitive environment at all levels within their procurement processes, and the inability of these older BMS to communicate with newer generation products create a sole source and proprietary relationship with the original system manufacturer.

In the early days of open systems, well-versed software engineers who understood the ins and outs of communications protocols set out to unlock these aged protocols through a process best described as “reverse engineering.” Essentially, these engineers would connect live, functioning BMS field networks with sophisticated monitoring equipment. Using this equipment, they would break the code of the proprietary protocols and create a software “driver” that, when loaded into a more modern BMS panel, would allow it to interpret the older system’s communications. Ultimately, the newer systems were able to integrate the older controllers into a comprehensive BMS network, which could then be updated with newer generation field controllers supporting the open protocols of LON or BACNET.

This dawning of the new connected and open building control systems held bright promise for owners of older buildings with older systems. There was a dark cloud looming on the horizon, however. And that was Intellectual Property (IP) rights, which protect product manufacturers’ proprietary software code from the “reverse engineering” practices described above. Without proper licensing agreements with the legitimate manufacturers of the older proprietary systems, the software engineers who reverse engineered these software drivers were committing copyright and sometimes patent infringement.

Consequently, as quickly as “Open System Drivers” appeared in the industry, IP lawsuits soon followed. Several US companies who had invested significantly in the development and marketing of these drivers quickly exited the market to prevent legal actions being brought against them by the manufacturers of the older, proprietary communications protocols. Interestingly, a few companies’ exit strategies involved the sale of their holdings (in completed and “nearly completed” software drivers) to foreign firms where IP and Contract Law were not as strictly defined or enforced. These foreign companies set up shop on the Internet and make their software drivers available for direct purchase.

The Bad and the Ugly

The foreign companies that market the reverse engineered software drivers are not typically systems themselves and very often do not truly understand how the drivers they sell actually work with modern BMS software-based systems. Consequently, purchase of these software drivers are strictly at the buyer’s own risk. If there is a problem achieving communications with the subject field controllers with the third party software driver, there is no support from the original manufacturer of the field controllers or legacy BMS system.

Often, the foreign company that sold the driver will admit to the lack of complete compatibility of their software driver with you or your customers’ legacy BMS controllers. In some instances, these software drivers will only support legacy field controllers of a certain vintage or firmware level. To add insult to injury, these foreign companies are apt to discontinue release of their software drivers–or cease to exist altogether–with little or no notice, which leaves integrators and their customers in a deeper bind than before the process began. Let the buyer beware!

The course of action we prescribe is to find ways to legitimately connect to any legacy field controllers–most manufacturers nowadays provide a gateway or bridge that will port the existing field controllers and their older, proprietary communications protocol to either BACNET or, in some cases, LON. This will open the systems to further expansion and growth using these two leading BMS open protocols.