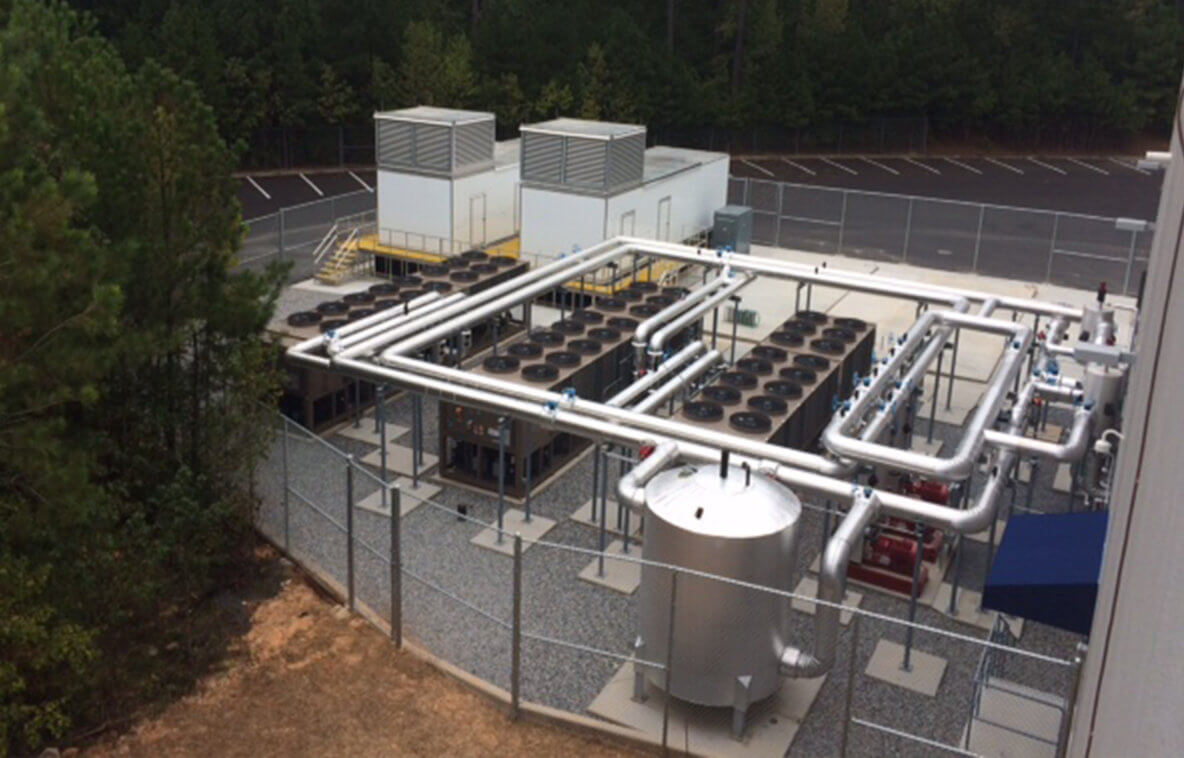 Turning an abandoned warehouse into a 20,000-square-foot data center was no simple task given the aggressive schedule. The McKenney’s team had to contend with limited space under the raised floor throughout the facility. Careful planning and coordination was essential to avoid losing capacity from reduced airflow to the computer room air handler (CRAH) units.

Leveraging BIM capabilities, the team coordinated mechanical and electrical services to maximize heat rejection capacity at the servers. McKenney’s prefabricated most of the chilled water plant, connections to the major pieces of equipment and distribution piping. Concurrent operation ensured the piping systems were installed as soon as the structure was ready, minimizing field installation time to meet the compressed construction schedule.

A seamless start-up, and commissioning accelerated the turnover of the Peak 10 data center to the owner.