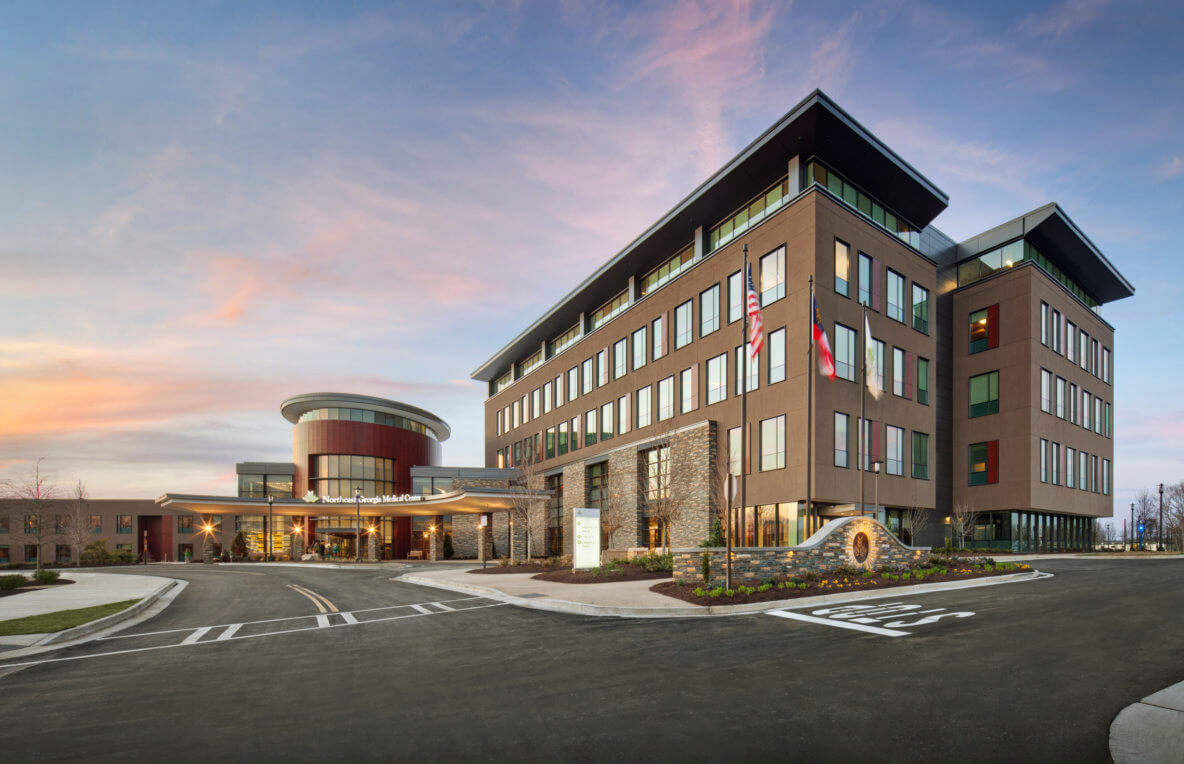 A Greener Hospital by Design

McKenney’s is building a wide range of energy-efficient mechanical systems using green practices for the 325,000-square-foot medical center in Braselton.

Integrating multiple systems seamlessly into a new facility can be complex and challenging. To accomplish this, McKenney’s assisted the design team by providing cost-effective mechanical system options while also helping the center pursue LEED® for Healthcare Gold certification and meet LEAN construction requirements.

To support LEED® certification, McKenney’s used a geothermal field with a modular heat pump chiller instead of traditional chillers and boilers. It uses the constant temperature of the earth to regulate building temperatures more efficiently. The geothermal field will also support a radiant floor system in the hospital’s large, open spaces. To promote LEAN construction, McKenney’s in-house sheet metal and piping prefabrication shops were used extensively along with prefabricated bathroom pods.

Despite one of the wettest, coldest winters on record, work is being completed on time and within budget for the Spring 2015 opening.