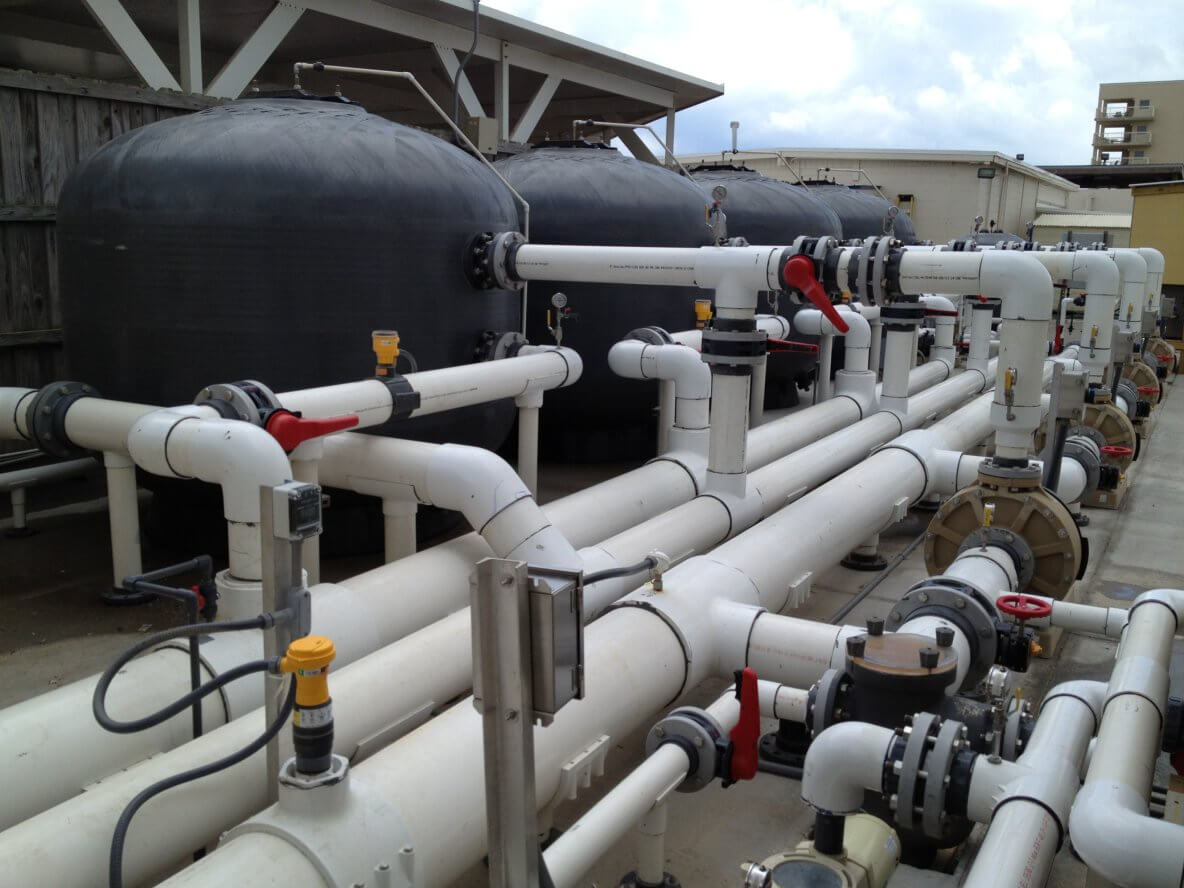 A Better Outcome by Design

Working within the customer’s budget, McKenney’s had to renovate the life support piping systems at a popular aquatic park during a seasonal shutdown. There were no designs or drawings to guide the work, and the team had to replace a badly damaged overflow line as well as unclog and stop leaks in remaining steel pipes.

McKenney’s conducted the work in two phases to accommodate the customer’s budget. With the knowledge gained from a previous large aquarium piping project, the Georgia Aquarium and McKenney’s team coordinated the design with facility personnel and created drawings for fabrication and installation. To unclog pipes that would remain in place and prevent future leaks, McKenney’s cleaned and lined the pipes with fiberglass.

McKenney’s resolved the life support piping system issues and performed the work on time and under budget while returning savings to the owner of Gulfarium Marine Adventure Park.