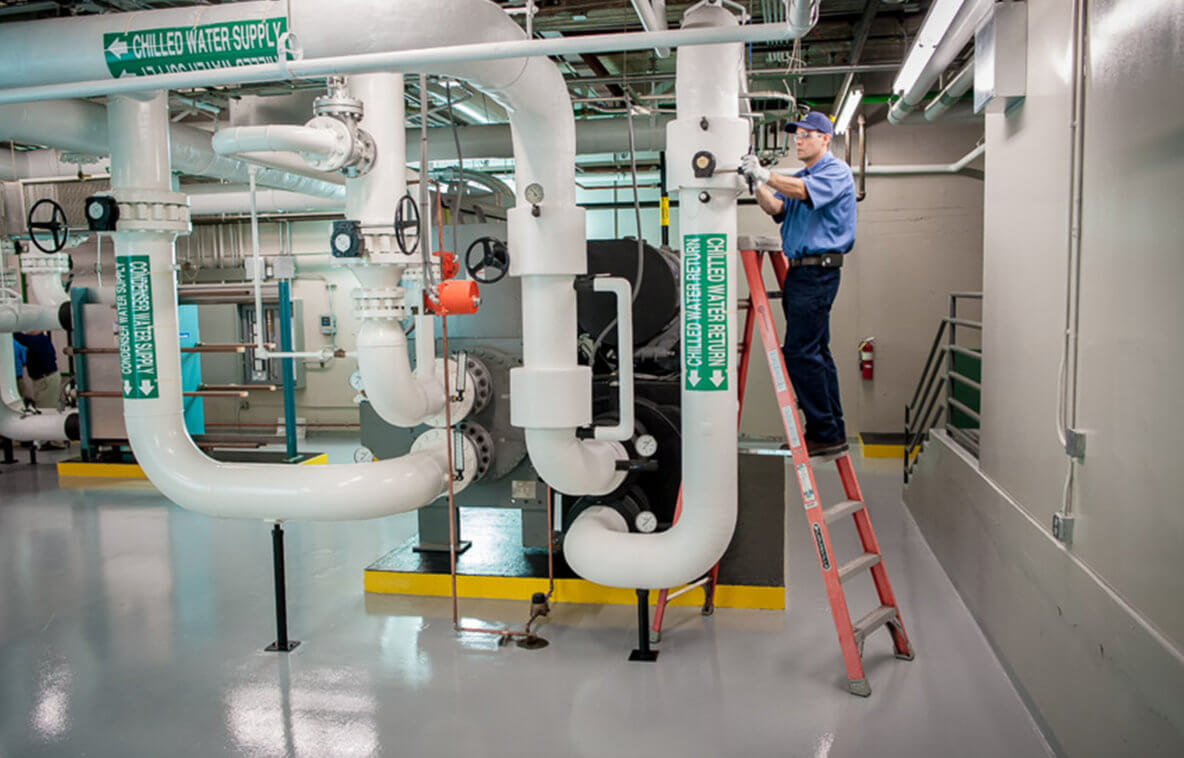 The McKenney’s team had to install two cooling towers and two 450-ton base building chillers during construction on 14 floors without interrupting data center operations.

All units were replaced safely and quickly while adhering to the owner’s stringent safety standards. As a result, the owner was able to lease the full building to a large insurance company and the new tenant has signed preventive maintenance agreements with McKenney’s on all supplemental equipment. The owner, also pleased with the cooling system upgrades, is continuing their relationship with the McKenney’s team.