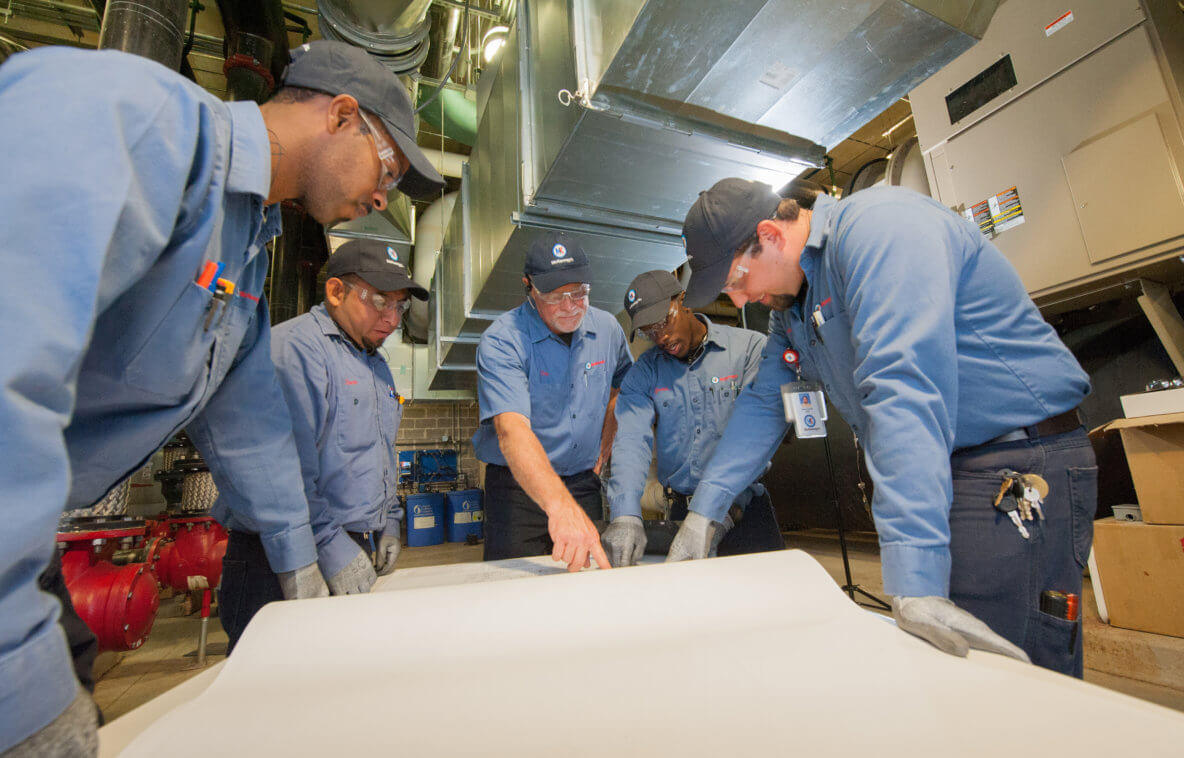 The facility required zero downtime during occupied hours, which gave the team only 30 hours on weekends to complete the project. The AHUs overhaul took place in small, 200-square-foot mechanical rooms and the team knew it had to act quickly and decisively as it worked alongside other trades. In addition, an awkward piping configuration restricted prefabrication work and the condition of the area under the coils was unknown.

With design plans and detailed schedules in place, the McKenney’s team accelerated AHU replacements. New custom-built stainless-steel drain pans were also fabricated to fit inside the existing pan to support the weight of the replacement coils.

The project was completed on time and on budget. The AHUs are now running more efficiently, saving energy and operational costs.