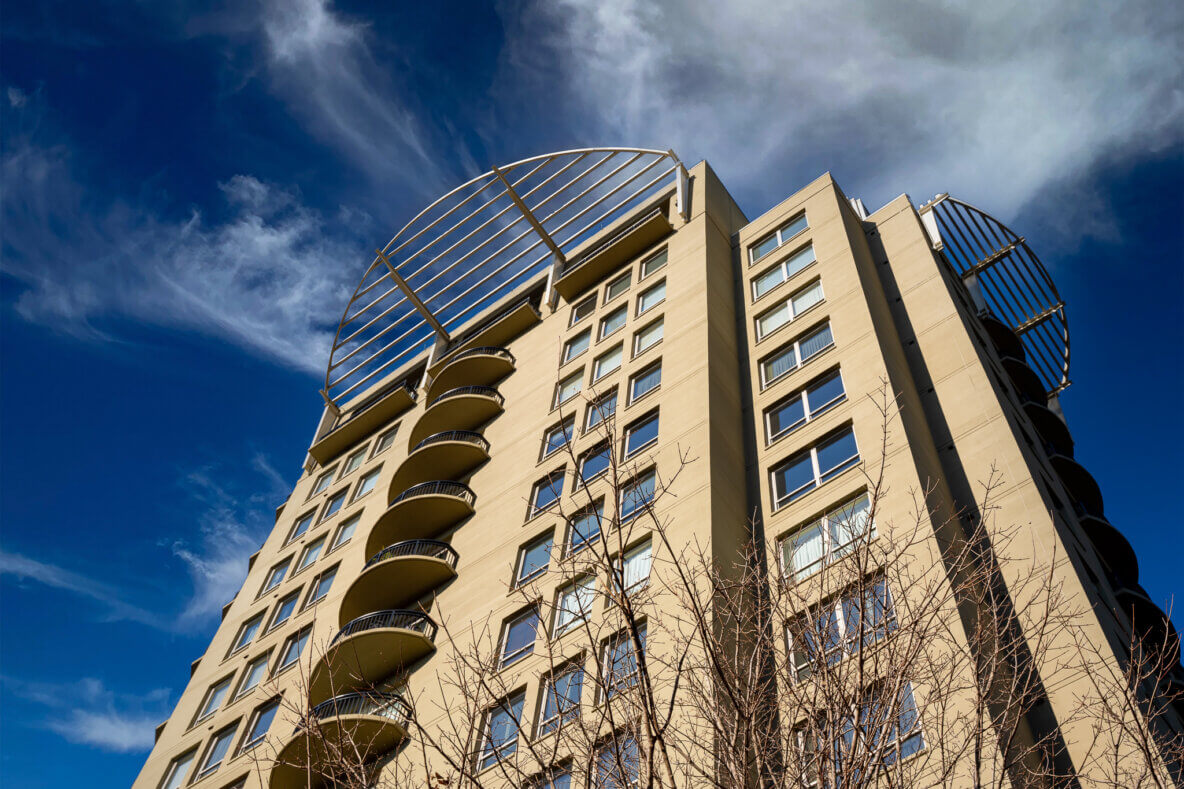 While exercising extreme caution, the McKenney’s team had to remove and replace nearby a rooftop make-up air unit with minimal disruption for the residents. The lift crane would block parking garage access and proper rigging was critical for a successful lift. The existing unit was located very close to the building’s edge and the new unit’s placement needed to address safety issues regarding future maintenance.

Parking was temporarily relocated to a lot and the team set up barricades, tape and personnel in the lift area to ensure the safety of area foot traffic. After removing the existing 10,000-pound unit, the new unit was installed on a redesigned curb with unit access away from the roof edge. A new platform with steel railings for front and side access was added for safety.

The condominium’s common areas, which had been without make-up air for two years, now have fresh, fully conditioned air, which in turn has eased the load on the resident’s units.