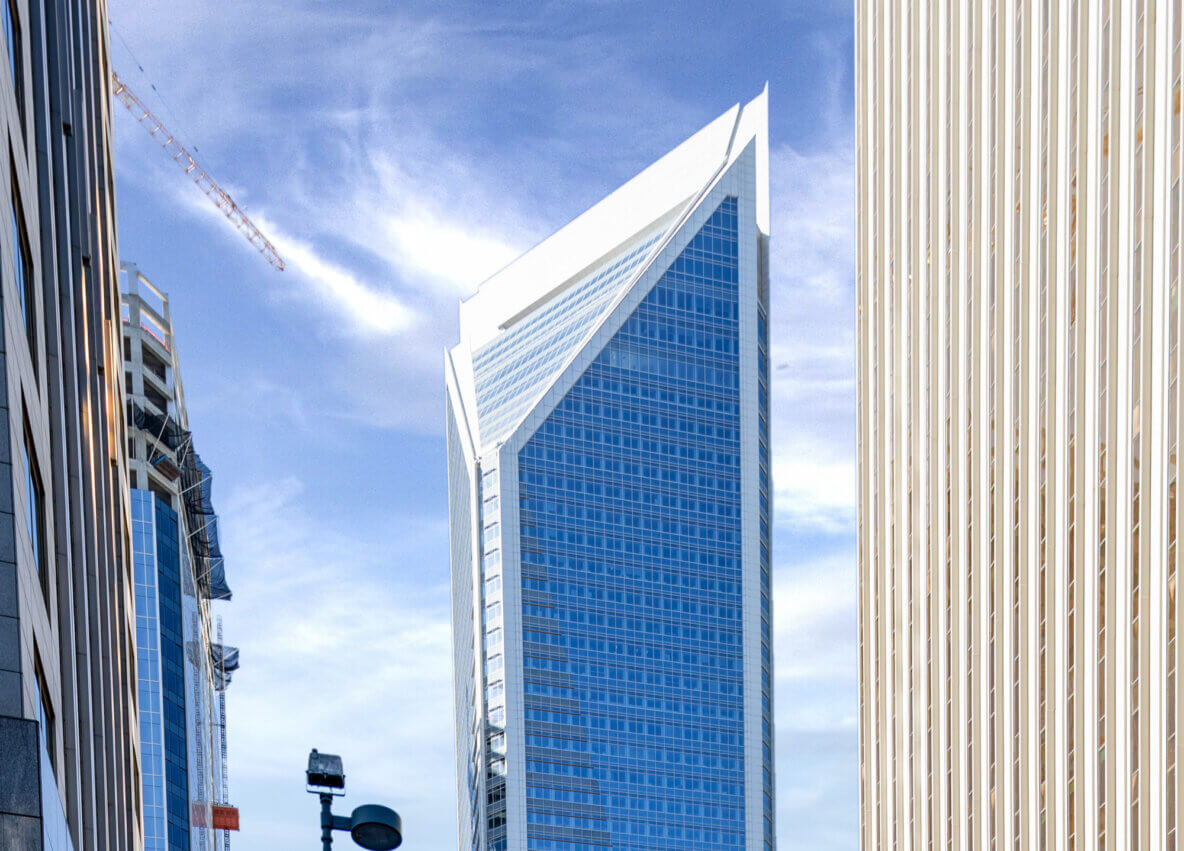 Diverting more than 70,000 gallons of groundwater is a complicated and expensive task, especially when it occurs daily and requires an extensive transport and filtration process. The groundwater was from an aquifer more than 100 feet below a large development complex. It was planned to be discharged to the city’s stormwater system only after it passed a local environmental agency’s contaminant level requirements.

McKenney’s was tasked with repurposing the groundwater more efficiently and economically during construction of the development’s newest gem—a state-of-the-art 54-story office tower. Unfortunately, much of the structure was already built atop the complex’s nine-story parking deck. McKenney’s had to carve out a new access path up through the structure to route the water to its final point of use. The McKenney’s team decided to re-use the groundwater for the new office building’s cooling towers—located on the 50th floor, nearly 1,000 feet above the aquifer. The team developed and installed an onsite water filtration and purification system on the lowest parking level. Groundwater was transported via a series of booster pumps up to the cooling towers. Today, approximately 95 percent of the aquifer’s groundwater—about 26 million gallons annually—is consumed by Duke Energy Center’s cooling towers in lieu of being routed to the city’s stormwater systems. Upon completion, the new office tower received LEED for Core and Shell v2.0 Platinum certification. It is also the first and largest certified project to require all tenants to pursue LEED CI certification. This unique design aspect was a critical piece to reaching that milestone.