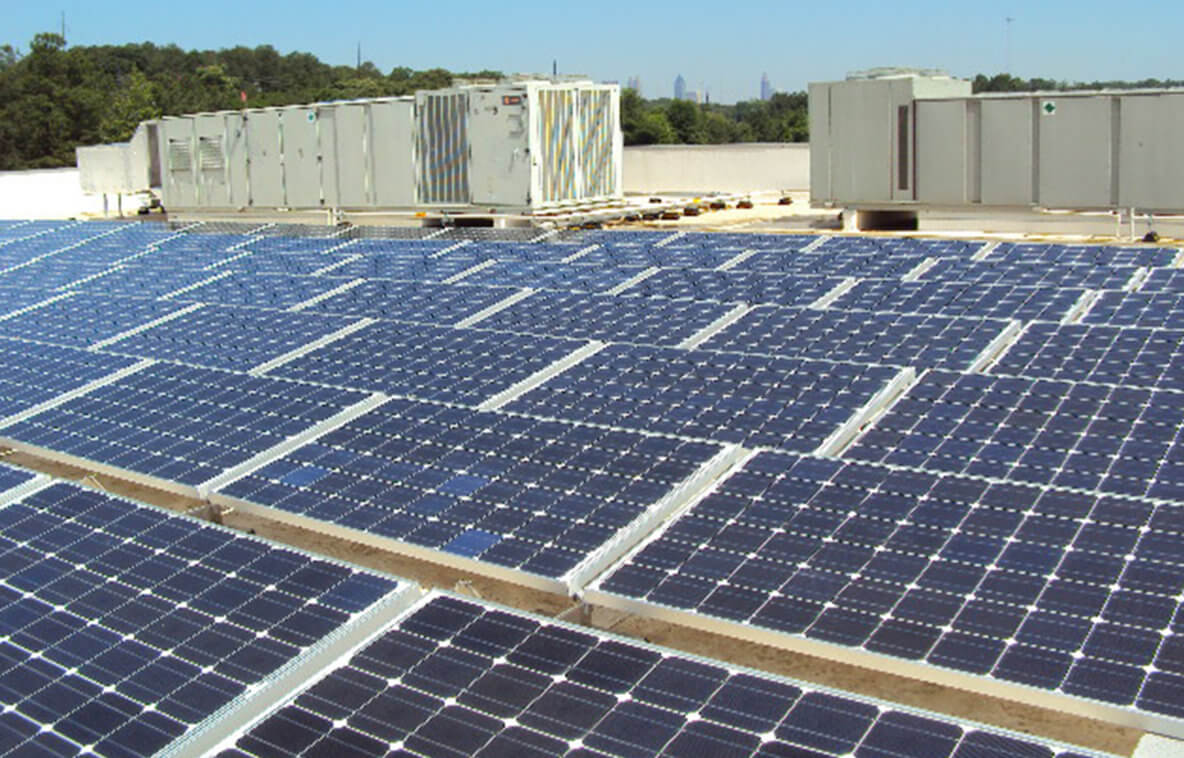 In 2010, McKenney’s had a newly renovated Atlanta headquarters with only one facet of the project remaining—installing a 53.04 kW DC-rated solar photovoltaic (PV) system aimed at taking advantage of significant Georgia state tax credits for renewable energy properties. However, there was only a limited amount of state tax credit funds available, forcing McKenney’s to ramp up quickly to ensure it would qualify and collect the tax credits. As a result, McKenney’s acted, promptly installed its 221-solar panel system, and encountered only minor challenges along the way.

To avoid compromising the integrity of its new roof, McKenney’s worked with First Century Energy to determine the best way to harvest solar energy without impacting the facility. A ballasted installation system allowing panels to sit on top of the roof with no mechanical attachments and minimal roof penetrations was selected. McKenney’s in-house electrical expert guided efforts with the electrical designer to tie the solar PV system into the building’s existing distribution systems. In the end, the installation was expedited and McKenney’s qualified for the 35 percent Georgia tax credit as well as a 30 percent federal grant reimbursement for the system’s installed cost.

Now operational for three years, the solar system has generated more than 227,000 kW hours of electricity to date—12 percent more than originally anticipated. McKenney’s expects to recover its entire investment costs for the system in approximately five years. The system also generates an average of 14 percent of the electrical capacity for the building, which has enabled McKenney’s to capture all three LEED® credits for on- site renewable energy as part of its LEED New Construction Gold certification. The renewable energy generated to date is equivalent in impact to the carbon sequestration capacity of 131 acres of forest, planting over 4,000 tree seedlings in a ten-year period, powering 24 homes for a full year or removing 33 cars and their emissions from roadways. Overall, the project demonstrates McKenney’s commitment to sustainability, a strong technical savvy in building systems, an in-depth understanding of energy-driven projects and insight into the long-term benefits of reduced operating expenses. McKenney’s applies this same commitment to implementing complete energy saving solutions for its customers.