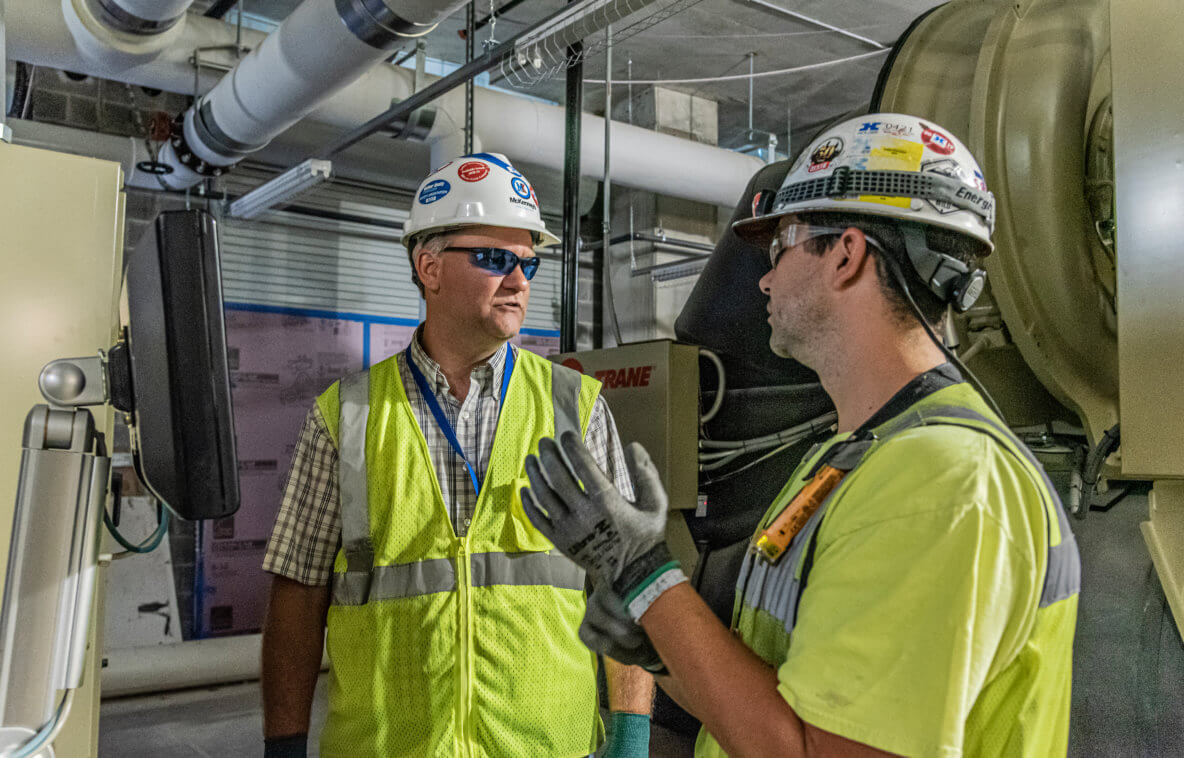 Critical equipment in the facility had to remain active, with optimal redundancy at all times. The engineer and McKenney’s had to develop a detailed sequence of construction procedures.

McKenney’s built a large steel platform in sections above the existing chillers. Each chiller was individually lifted to its section on the platform where it was reconnected quickly using prefabricated piping connections. Once startup and commissioning was completed on the relocated chiller, the team began to work on the next chiller.

The complicated process was completed without any interruption to data center operations while adhering to facility security procedures. The customer expressed satisfaction with the quality and expediency of the work.