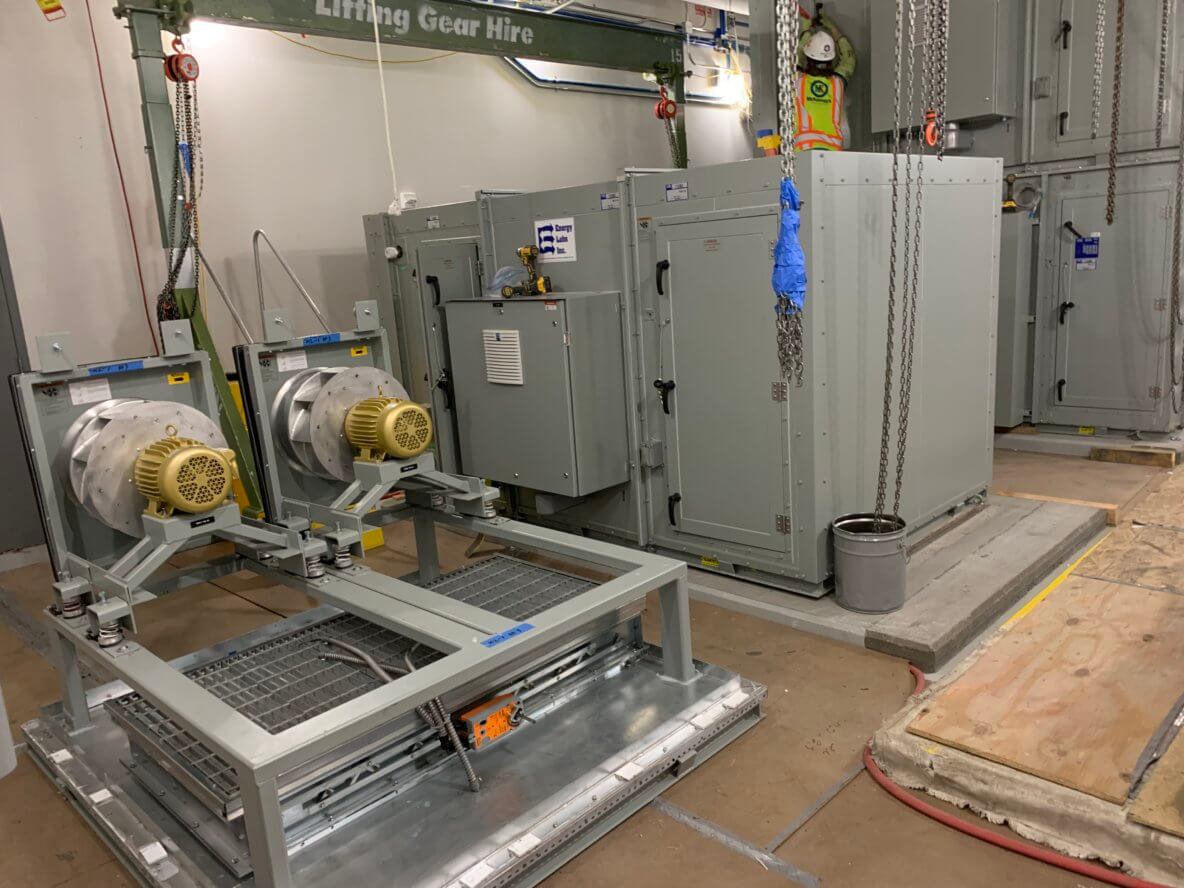 Putting All the Pieces Together Again

There’s enough space in a massive 350K+ square-foot data center to install 18 double-stack AHUs—but only if you can fit them through the doors. McKenney’s had to partially disassemble multiple AHUs, maneuver them through tight spaces and reassemble them inside the data center. The plan had to be approved by the customer and support staff scheduled before the AHUs arrived at the warehouse.

McKenney’s visited the AHU manufacturing plant to learn how AHUs are assembled— and how to reassemble them. The team used the McKenney’s Quality Model, which is designed to drive communication, safety, quality and productivity, and ensures work is done correctly through the entire project cycle from preconstruction to commissioning. This process made on-the-fly installation adjustments easier and faster. The team developed a method of procedure (MOP) nearly nine weeks prior to initiating a sequenced shutdown strategy and crews were trained for rigging in confined spaces and on Lock Out Tag Out (LOTO) safety procedures.

The new AHUs were reassembled ahead of schedule and below budget, without any quality or performance issues.