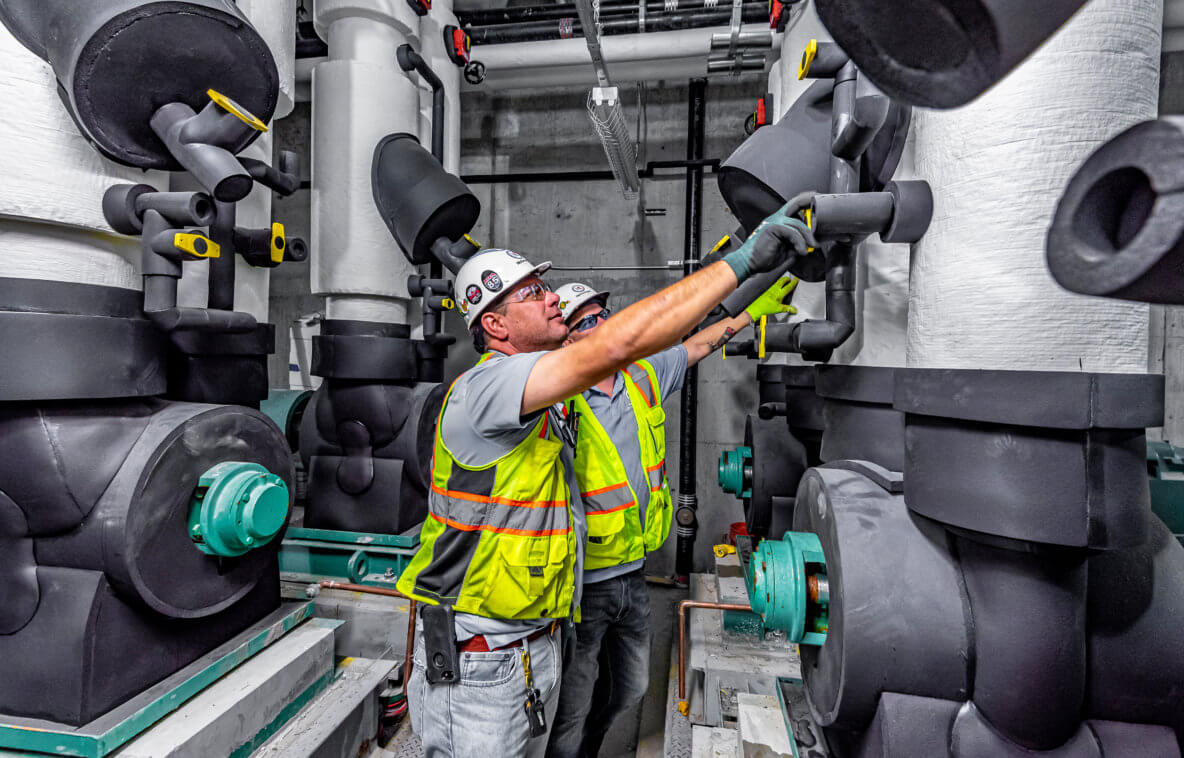 McKenney’s had to install completely redundant piping with eight-inch mains and 12-foot-tall steel supports for the plant consisting of a premanufactured pump house and three 350-ton air cooled chillers. The major electrical and mechanical equipment—as well as piping and supports—had to be lifted to the roof during one weekend with a shared crane. Working on an elevated platform, the team had only 10 days for installation after pipe placement on the roof and no option for “stick-building” the piping system.

To minimize safety risks, the McKenney’s team spent nearly 1,500 hours manufacturing completely assembled headers including engineered steel supports in advance at its fabrication facility. McKenney’s 16-member crew then safely lifted all of the equipment and piping to the roof.

The team completed the installation in less than a week—with no major safety concerns—allowing the CHW system to start up on schedule.