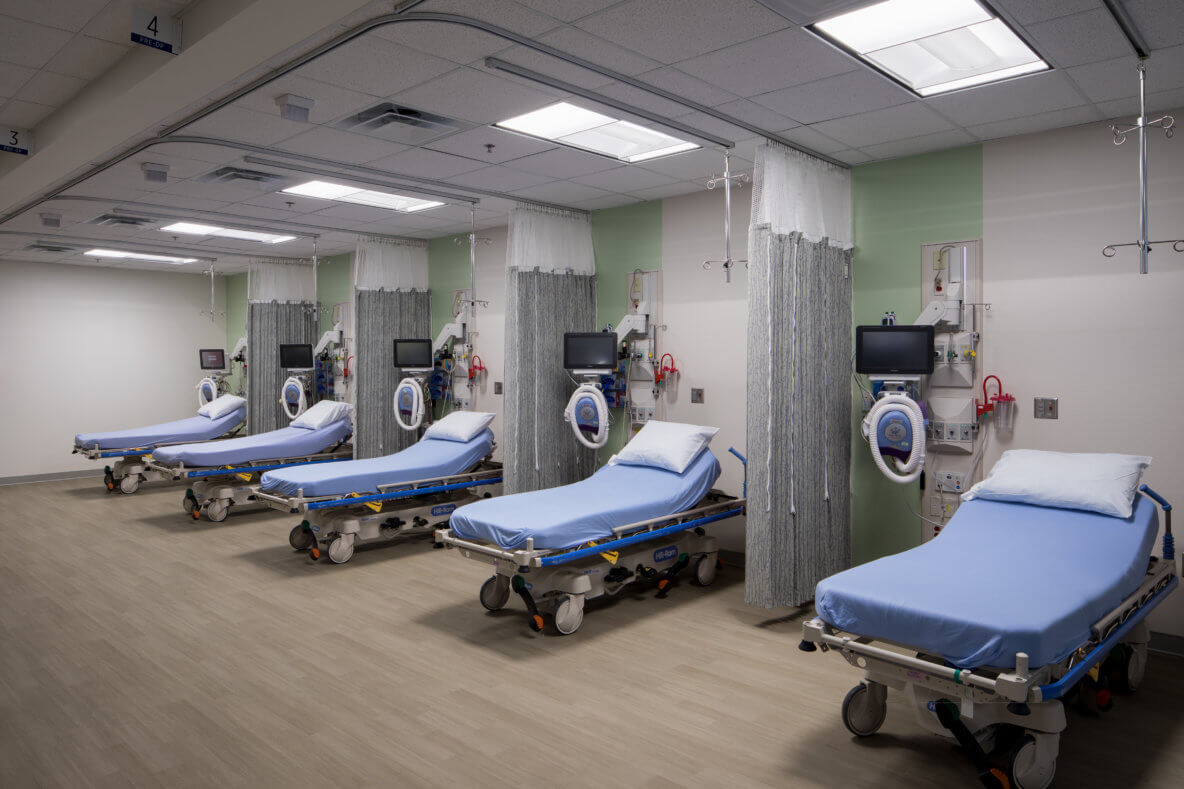 In an effort to expand capacity and adhere to new regulations, Emory Saint Joseph’s Hospital—with its 27 operating rooms and 410-bed acute care facility—sought to update its core mechanical systems. With a goal of long-term performance and reliability, the McKenney’s team was asked to conduct a risk assessment of the facility’s mechanical systems, including a comprehensive review of all existing equipment. In under three months, the McKenney’s team compiled a list of recommendations—which included retrocommissioning—as part of a formal report to repair, replace and upgrade the hospital’s aging HVAC infrastructure.

The mechanical systems served the entire hospital, including operating rooms, support areas, patient rooms, kitchen and dietary areas. The McKenney’s team had to perform the renovations without impacting everyday patient care. As a result, some tasks needed to be completed after normal hours. The team worked meticulously to create detailed methods of procedure that optimized resources, met the tight timeline and minimized disruption. Piping was prefabricated, so crews could significantly reduce installation time onsite. The team also managed sheet metal production and fabrication for faster turnaround in the field. As the sole source provider for engineering and controls, and by collaborating with a third-party commissioning agent—the McKenney’s team was able to streamline the renovation process for a smoother system turnover. Additionally, the construction team leveraged McKenney’s service and maintenance team’s expertise with system maintenance and repair.

Although the job was a challenge—the project scope required upgrading one of the largest built-up air handlers in the country— the renovation of the mechanical systems was completed on schedule. Now, the core systems meet all current guidelines and regulatory requirements. Best of all, the hospital increased operating room capacity without compromising patient care.