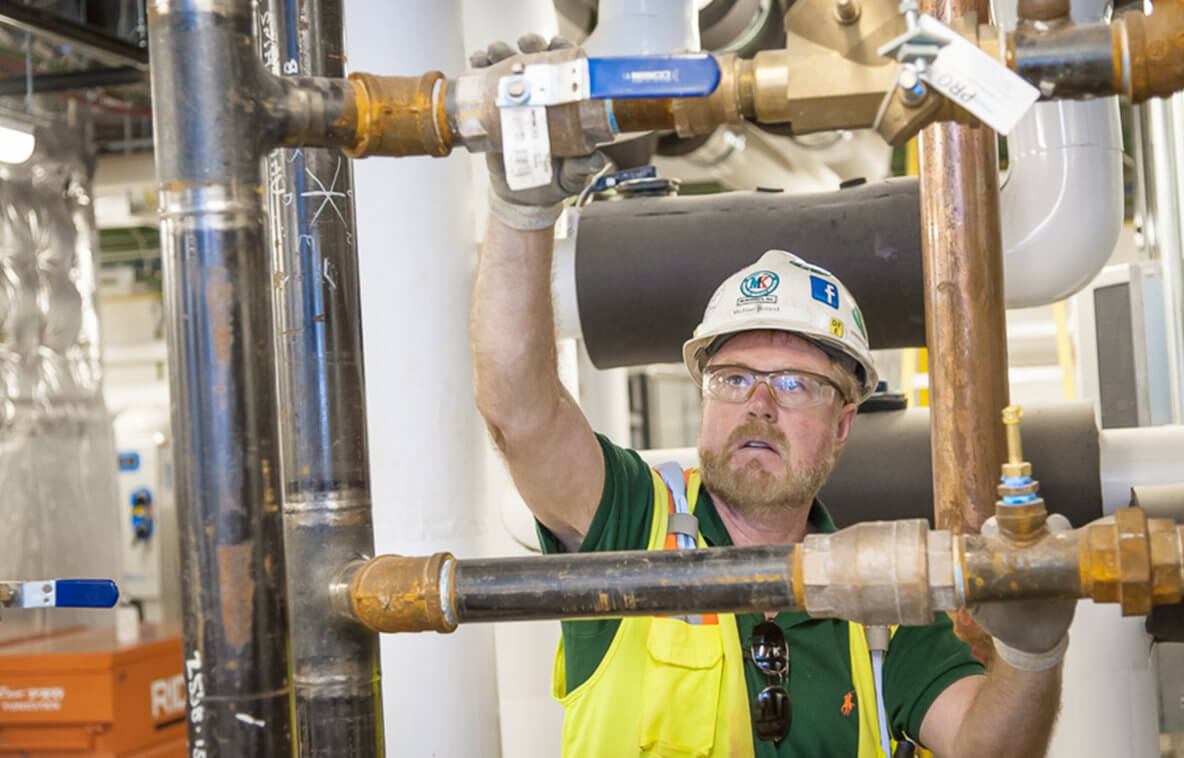 Piping was prefabricated off premises, which alleviated concerns about brazing fumes in the building and reduced crew size in tight areas. McKenney’s also developed detailed methods of procedure and back-out plans for all critical work to ensure seamless operations and zero downtime.

Prefabrication and precise planning allowed the team to effectively manage and meet the project’s timeline. McKenney’s experience working in and around active data centers gave the owner confidence that the expansion wouldn’t interfere with critical operations.