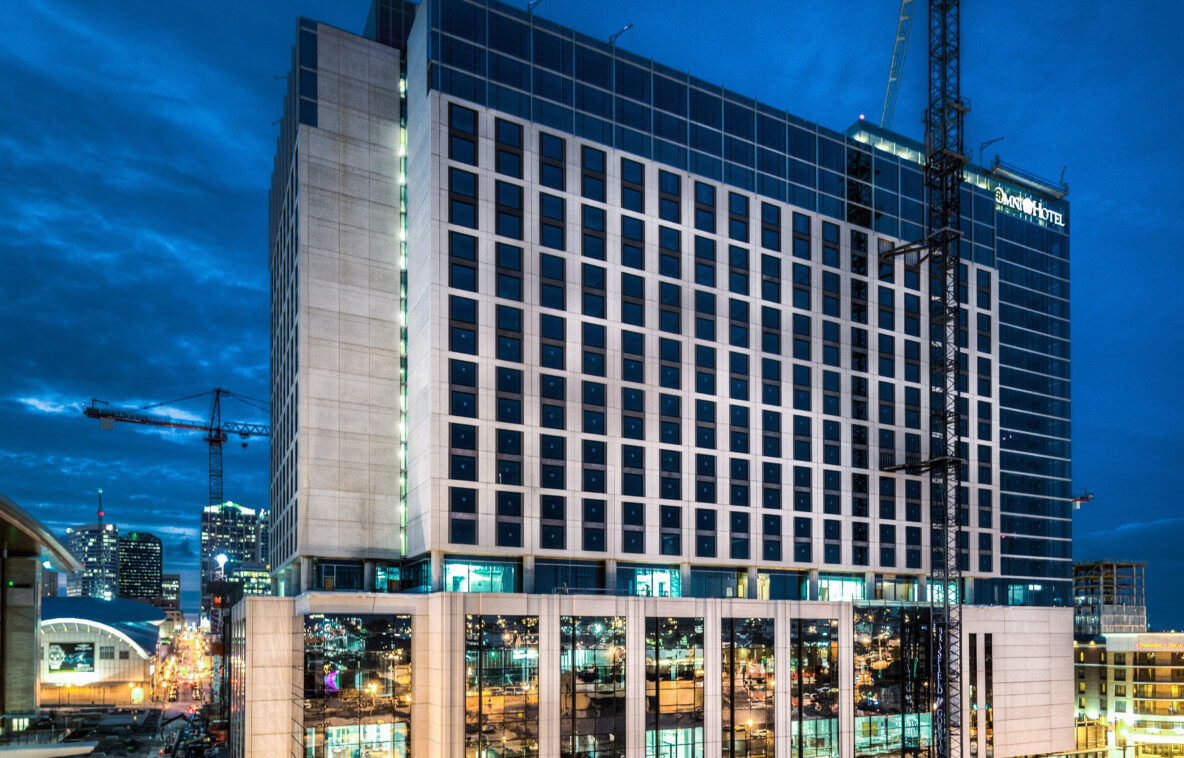 McKenney’s coordinated the building of a massive new Omni Hotel and expansion of the Country Music Hall of Fame in Nashville.

McKenney’s needed to tap its vast hospitality experience—having handled many projects at convention hotels, conference centers and public spaces—to build more than 800 hotel rooms and a new central plant (chilled water and hot water) that ties into the music hall’s existing systems. The project called for meticulous handling of complex logistics and unwavering adherence to safety.

McKenney’s carefully managed the design to keep the job on budget during preconstruction without sacrificing the program or finishes. Safety expectations were continually reinforced among all the workers throughout the project. The team used a local warehouse and receiving yard to meticulously manage logistics on the large project. Extensive Building Information Modeling coordination led by McKenney’s was required with all trades involved.

When ready, the massive convention hotel will significantly change the skyline, hotel market and convention industry in Nashville.