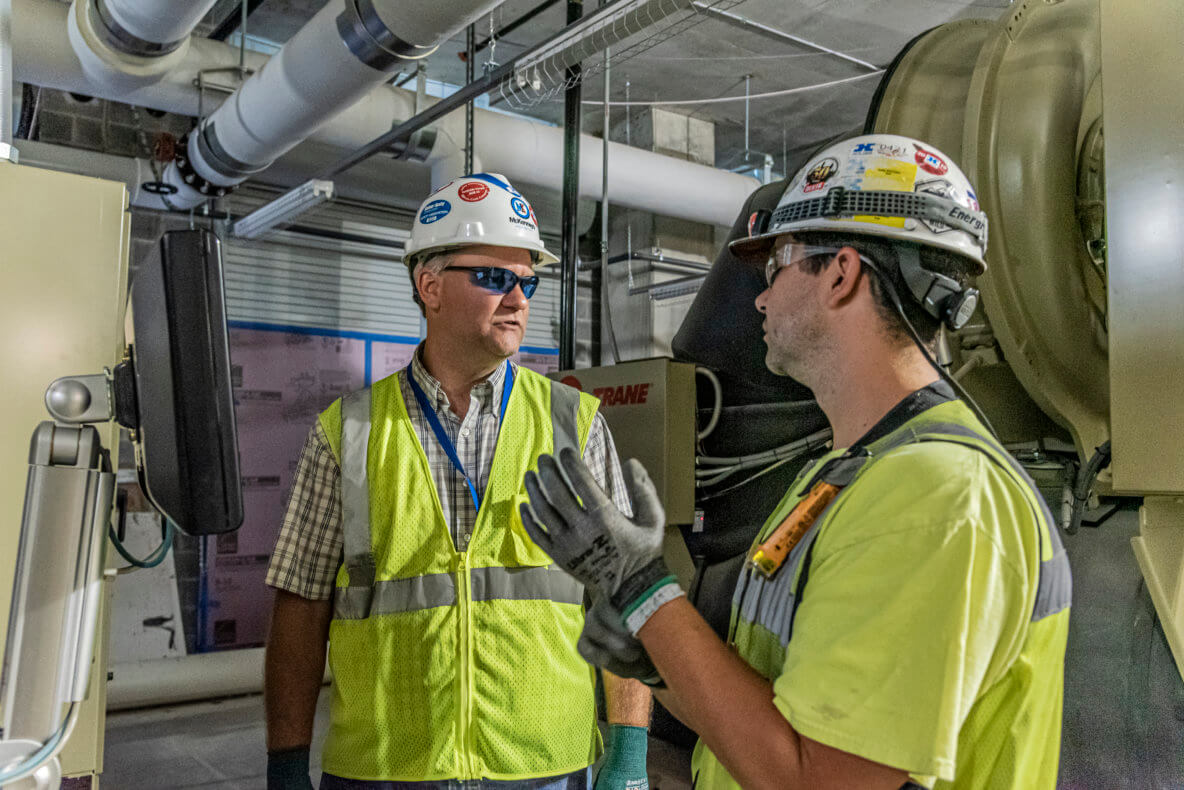 The McKenney’s team left nothing to chance as it built and installed mechanical and plumbing systems—including the central energy plant—for a new 600,000-square-foot commercial office complex serving as the new regional hub for one of the nation’s largest insurance companies. With 8,000 employees ready to start working in the new space, time was of the essence.

The central plant needed to be placed atop the newly constructed building at the penthouse level. To accommodate the tight schedule, the McKenney’s team built all piping and plumbing systems in its fabrication shops to significantly reduce onsite installation time. The fabricated the entire central plant on a structural frame in modular pieces and shipped them by trucks to the job site.

The team enlisted the help of a rigging company to deliver the modular pieces that were too large for conventional road transport. Once all the modular pieces were onsite, the team managed rigging duties and safely lifted the entire central plant, piece-by-piece, to the top of the building.

Although McKenney’s was not the Engineer of Record, the engineering team offered design support, built and coordinated the project seamlessly, and collaborated with a third-party commissioning team to ensure a smooth turnover—on time and on budget—of the central plant to the customer.

This project was the first phase of a multi-year endeavor for the insurance titan. The new central plant is working efficiently, keeping thousands of employees comfortable every day. Phase II of this corporate campus is scheduled for completion in 2021, and the McKenney’s team support includes design/assist for two additional independent buildings, future retail spaces and an expansive parking garage.