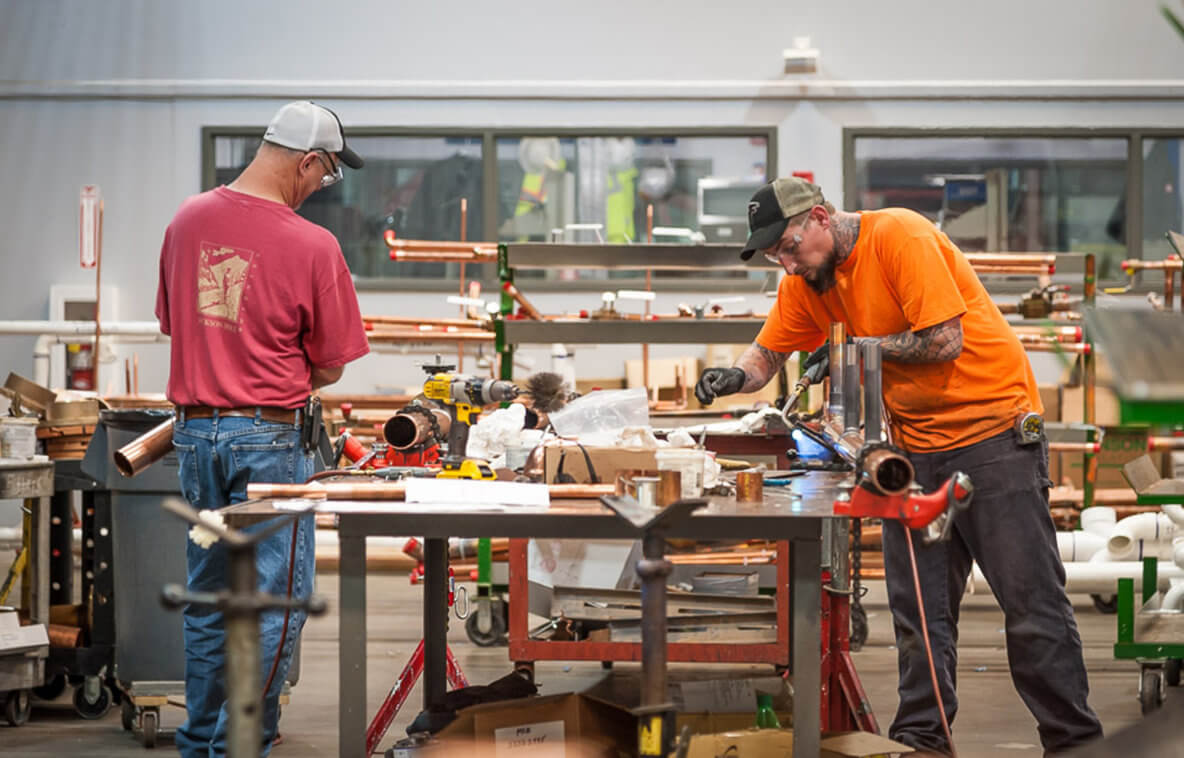 To work around indoor space limitations, McKenney’s attached refrigerant piping to the outside of the building using a swing stage and installed it vertically to the rooftop condensing units. The piping was rigorously pressure tested to identify and repair leaks that would be cumbersome to repair after start-up. In addition, new computer room units were rigged through fire escape doors located on the exterior of the building.

McKenney’s safely implemented the creative solution, resulting in a seamless start-up of the systems with minimal impact on the data center’s computer room.