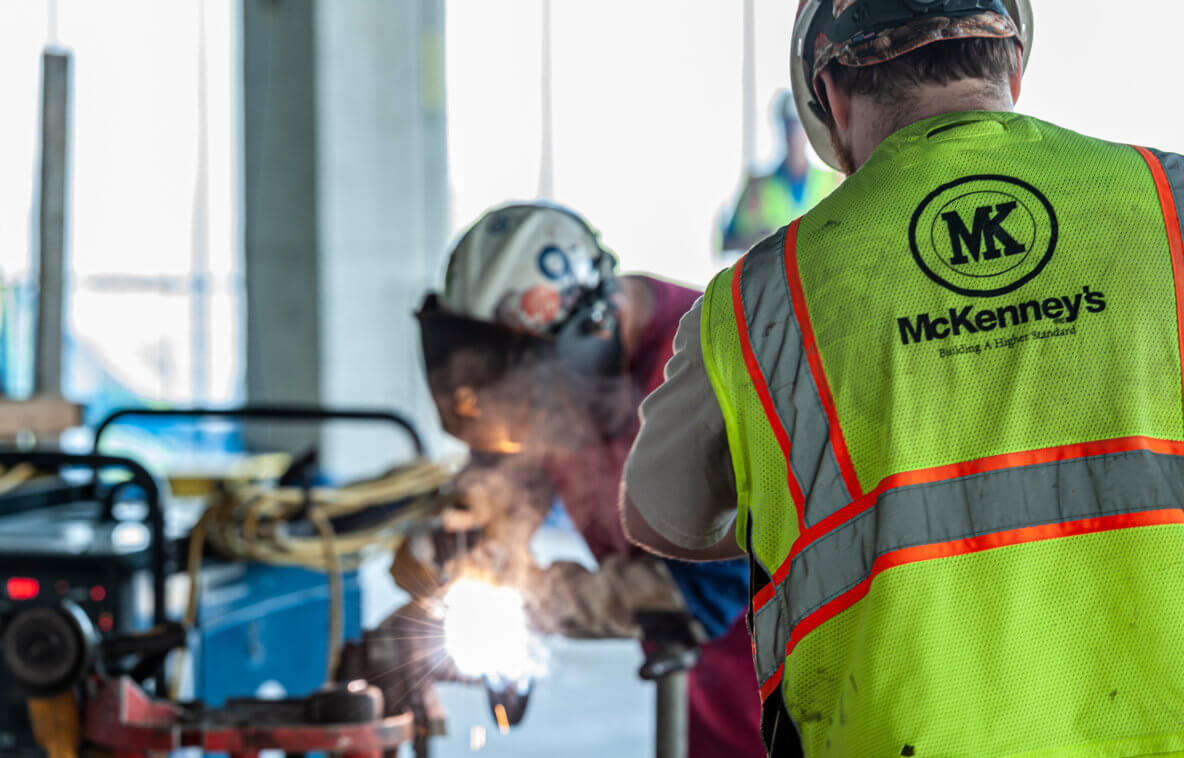 The historic, 17-story building, was being renovated from an office building into an upscale hotel. The project required the McKenney’s team to work behind the demolition crew—from the top floor down and provide temporary conditioned air for all finishes although the central plant was located in the basement. The team replaced outdated systems while preserving the historical integrity of the building.

McKenney’s engineers collaborated with architects and devised hanging and anchoring techniques that evenly distributed equipment weight. A helicopter was used to remove the existing cooling tower and to set the new cooling towers and outdoor air system. The chiller plant update had to be handled entirely through the elevator shaft while all fabrication was done on-site in order to address the building’s material handling limitations.

The chiller and other mechanical systems were replaced on schedule and the owner has realized significant energy savings all while maintaining the historic characteristics of the building.