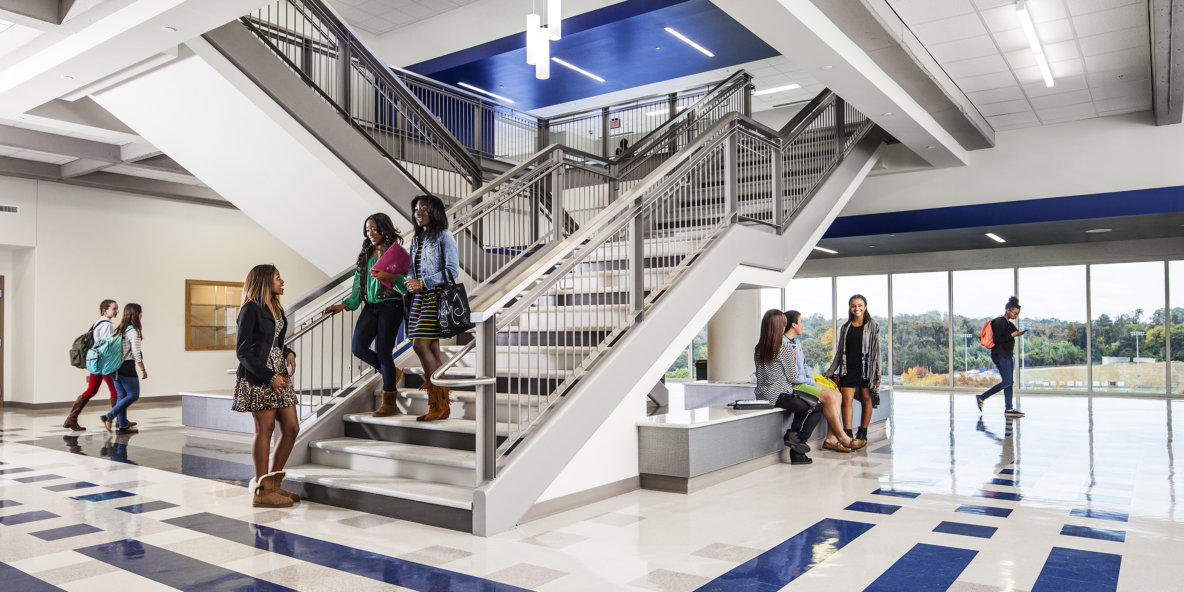 “A” for Effort and Expertise

McKenney’s installed mechanical systems for the conversion of a former office building into the North Atlanta High School.

The 11-story building was being adapted by Atlanta Public Schools into a modern high school. Site limitations meant materials had to be loaded through the existing facade and each floor had an abundance of ductwork. Structural conditions made navigating the floor layout using Trimble GPS technologies difficult. Also, the central energy plant could not accommodate all of the equipment needed for the space.

To load materials, McKenney’s enlisted an outrigger on every floor, then landed duct trailers to each outrigger. Batched fabrication resulted in limited materials on the floor and increased productivity. Ducts were redesigned using the static regain method to reduce their size. McKenney’s also provided design/assist expertise to convert the chilled water system from a primary-secondary system to a variable-primary system, reducing the number of pumps from 15 to 10.

McKenney’s creative solutions helped the general contractor finish on time and on budget.