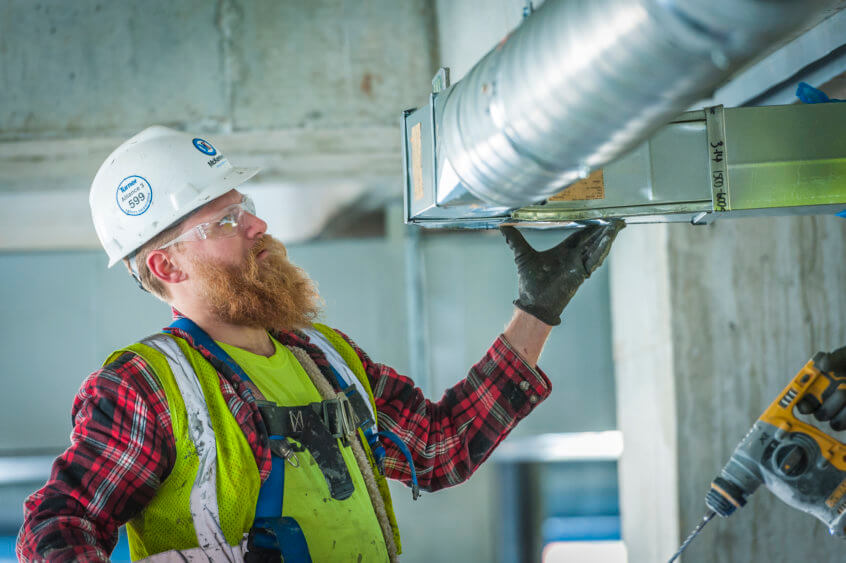 McKenney’s installed one of the largest chilled-beam systems in the Southeastern U.S. for a mixed-use development at Technology Square in Midtown Atlanta.

The McKenney’s team had major obstacles installing the massive chilled-beam system at the 24-story, 695,000-square-foot office, and high-performance computing data center. Client and tenant modifications to the floor plan drove adjustments to the mechanical design. In order to adhere to the construction schedule already in motion, all changes were addressed at the same time that BIM and three-week look-ahead planning took place.

The McKenney’s team leveraged BIM, in-depth short interval planning, and prefabrication to install and commission the chilled-beam system. Simultaneous communication and coordination with the owner and design team conserved the project cost and schedule. The McKenney’s team supported design drawings while at the same time prefabricated and constructed many of the system’s components to save time.

The project finished on time and within budget—helping advance the world-class technology and institutional research environment at Midtown Atlanta’s Tech Square.