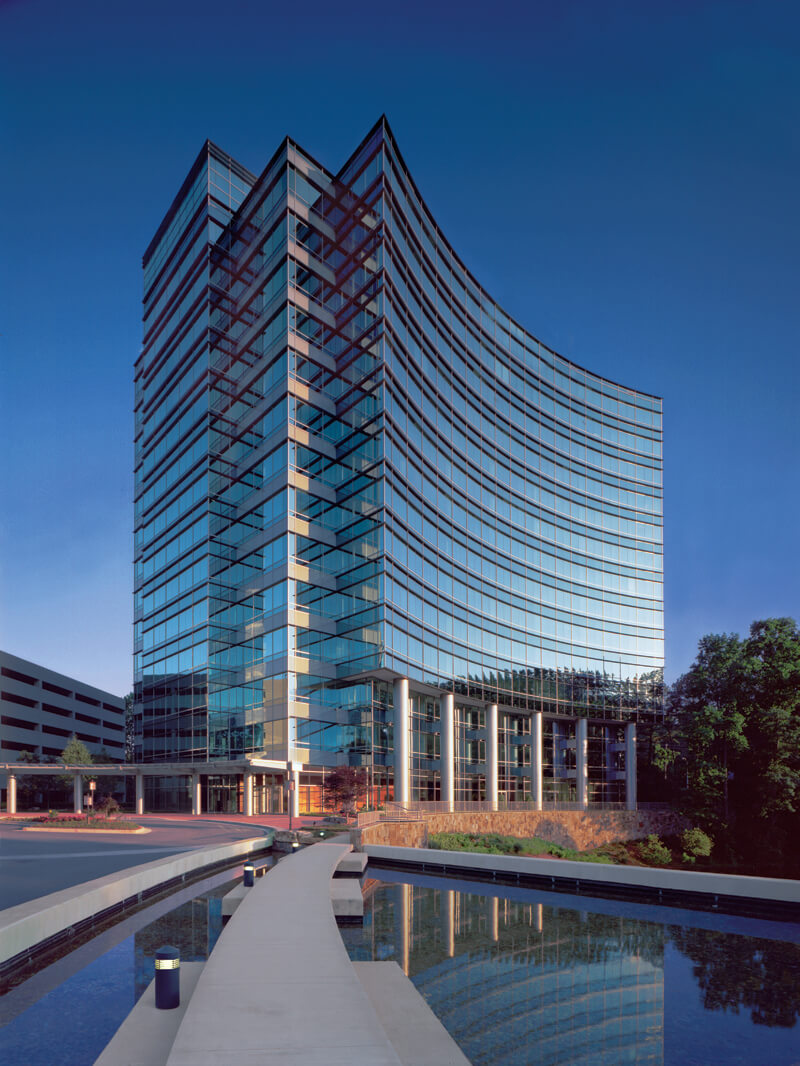 Columbia Property Trust has had a longtime commitment to sustainable practices that maximize energy efficiency and reduce environmental impact on the community. Its 14-story, 353,000-square-foot suburban office building in Atlanta had already achieved ENERGY STAR® certification and consistently maintained a score of 87, putting the structure in the top tier of the 15 percent most energy-efficient buildings in the U.S. However, Columbia Property Trust still had room for improvement. With aspirations of achieving even greater energy efficiency, the senior property manager approached the McKenney’s Automation & Control Solutions (ACS) team for insight and recommendations to improve its HVAC system efficiency. After thoroughly reviewing the facility, McKenney’s recommended an innovative approach to monitor and adjust the building’s outside air ventilation levels based on ASHRAE 90.1 standards. The solution involved introducing Demand Control Ventilation (DCV) to monitor the amount of outside air entering the building based on carbon dioxide (CO2) concentrations. CO2 levels continuously fluctuate in a building as its population changes. DCV continuously monitors each floor in a building and automatically adjusts outside air ventilation rates. This is achieved by using controls and variable frequency drive (VFD) technology as needed, while still meeting ASHRAE ventilation standards. By optimizing the amount of outside air coming into the building, there is less air that has to be heated or cooled, resulting in a reduced load on the HVAC system. To ensure the solution was as effective as possible for the company, the McKenney’s ACS team installed CO2 monitors in the building, added custom programming for certain aspects of the project and reprogrammed the existing controls system to effectively integrate the DCV solution.

Since installing the DCV system, the load on the building’s HVAC system has been substantially reduced by an estimated 70 tons on a 70-degree day. In turn, this solution lowered the energy usage for the building by an average of 65,000 kWh per month since installation while maintaining a comfortable environment for tenants. The DCV solution also achieved a quick return on investment (ROI) of less than four months.