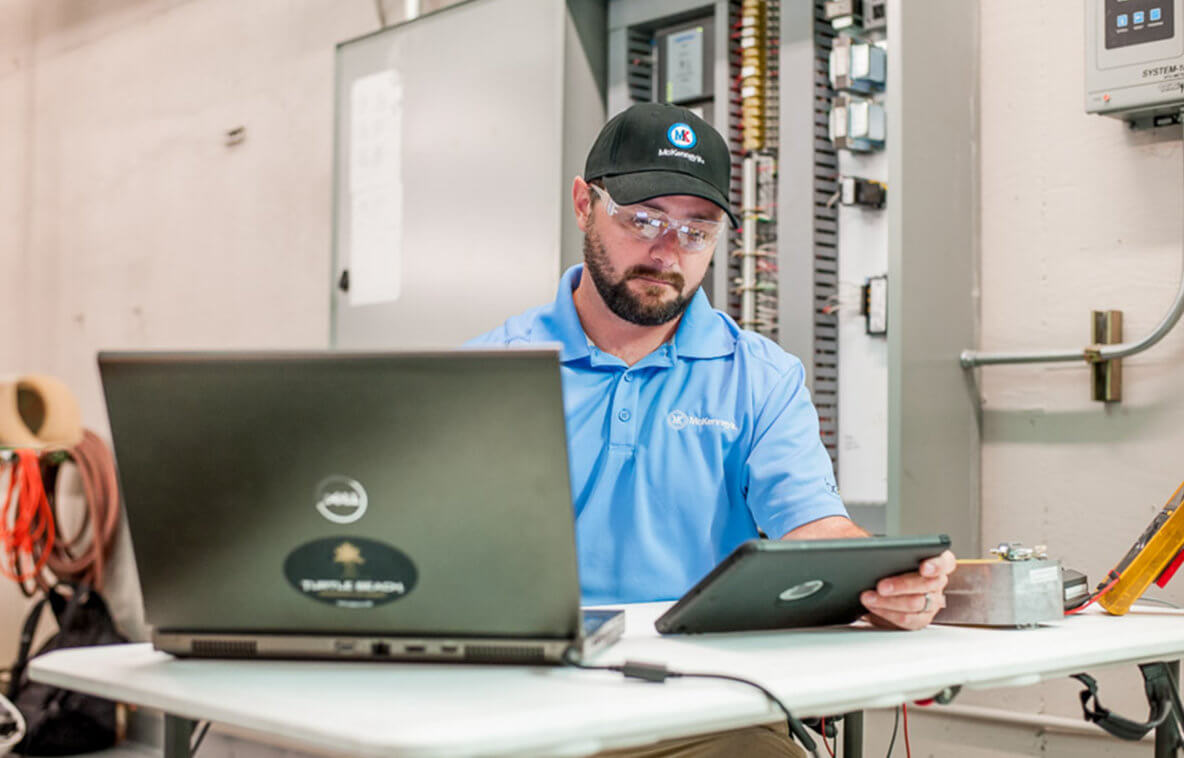 To keep the high-profile cable news bureau up and running, McKenney’s needed to add maximum power redundancy within the owner’s existing building automation system (BAS) infrastructure. New power monitoring controls had to be installed in this live data center with finite power availability. Not a single circuit breaker could be turned off or accidentally tripped during the project, requiring careful, remote coordination with other contractors.

The McKenney’s team maintained frequent, direct communication with the onsite electrical contractor to obtain scheduling information and confirm the validity of measured values once end-user devices were integrated. As a result, the power meters were seamlessly integrated into the BAS system without any power loss.